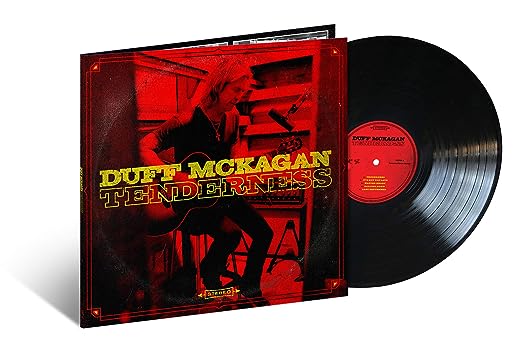 Duff McKagan announced via his social media channels that his new album, Tenderness, will be released on May 31, 2019. The notes read “Duff McKagan’s new solo album, Tenderness, is a reflection on his experiences traveling the globe over two and a half years on GNR’s Not In This Lifetime tour. Encountering heartbreak, anger, fear, confusion and divide on his travels during this tumultuous time in our world history, McKagan channeled a collective hurt into songs of monolithic power.” Tenderness is produced by Shooter Jennings and includes backing from his band. You can pre-order the album now.

Just went out and picked up the new album from @bo


Error: API requests are being delayed for this account. New posts will not be retrieved.

Cleaning your records is probably the most important thing you can do for the life and longevity of your collection.  It is also one of the most overlooked and under thought about parts of owning vinyl records.  Many people may not think there is a need to clean their records, but if they buy albums then they should be cleaning them.  I'm not talking about just used records either, I'm talking [...]

Artist: Sara Bareilles Album: Amidst The Chaos Release Date: April 5, 2019 Label: Epic Sara Bareilles has been one of my favorite songwriters since I first heard her hit "Love Song" back in 2007.  Her ability to capture emotion in her words and music makes me want to be a better songwriter myself.  In fact, her song "The Light" from the Kaleidoscope Heart album is one of my all time favorite [...]

Vinyl Gear Review: My Journey to the Fluance RT85 Turntable

In mid-December of last year, I decided that I really wanted to upgrade my turntable from the Audio Technica AT-LP60 to something a bit more high end.  I set myself a budget of no more than $500 and began my quest to learn about the possible options.  I queried a Facebook group I belong too to get some opinions on different options in and around my price range.  I was given a myriad of makes [...]

Album: Halloween (Original Motion Picture Soundtrack) Artist: John Carpenter, Cody Carpenter, and Daniel Davies Label: Sacred Bones Records Released: October 19, 2018 So you may be asking yourself, why are we looking at the Halloween soundtrack in March? We still have six months to go before Halloween season begins.  That's a great question, and the answer is simple... The music is amazing and [...]

Glass Apple Bonzai Album: Night Maze (2018) Sofa King Vinyl SKV-1012 Release Date: Dec 7, 2018 Before starting this blog, I want to send a word of thanks to Sofa King Vinyl for sending me two of their newest releases for review.  They have been a pleasure to deal with.  This is the second vinyl release from them that I will be reviewing and it comes from another band I was not currently aware [...]